It has become fashionable to show US debt in per capita terms by reporting how much of it is owed by every man, woman, and child. You can go cross-eyed viewing all the variations at this debt clock. Visual Capitalist has a great infographic showing per capita debt for each country around the globe (check it out below).

While I do think it’s useful to quantify the debt in bite-size chunks like that so we can actually get our minds around it, it can be misleading and create unwarranted fear that you’re somehow on the hook. You technically don’t owe any of the US public debt.

So here are a few questions to help put things in context:

Will the federal debt ever get paid off?

No. It’s too large to be paid off and there’s no intention to pay it off. Most people think of it like they do their own debt…we intend to pay our debts so we just assume the same intent and constraints apply to the federal government.

Won’t the US become insolvent and default?

Insolvency is a condition where you can no longer meet financial obligations to lenders as your debts become due. Default is when you fail to meet one of those obligations (for example, fail to make an interest payment).

When a government also controls its own currency—and can expand the supply of money and credit at will—technically, it can never become insolvent.

Greece illustrates the point…they had unsustainably growing public debt, an imploding economy, but were stuck with the European Central Bank controlling the currency (Euro).

Countries with their own central bank can control their own currency to avoid default. That doesn’t mean there are no other potential negative repercussions, just that insolvency is off the table.

[And we haven’t even gotten into the fact that the federal government could sell federally-owned assets to pay down debt: land, timber, parks, so on.]

How can the federal government continue to borrow and borrow but I’m limited in the debt I can take on?

People mistakenly compare the family budget and borrowing capacity with the federal government’s. But you don’t have a “money printing machine” or other tool for continuously expanding your borrowing. The US government does and therefor is not constrained in the same way you and your family are.

Not at the individual level, since nobody owes a per capita portion of the debt.

But future generations could be collectively harmed if debt expansion continuously outpaces what’s sustainable, higher interest payments take a much bigger chunk of the future federal budget (reducing resources for other needs), expansion of money and credit is poorly managed resulting in high inflation at that time, and so on.

So then, do government debt levels even matter?

Yes, absolutely...just perhaps not in the way often portrayed.

It’s important that government debt be deployed for productive purposes. Political ideology gets into the mix here, but certain federal spending can be easily identified as unproductive by folks of all political persuasions.

It’s also important that any growth in government debt be manageable and in-line with what can be supported by the nation’s economic growth. There are cycles…an ebb and flow which may result in a mismatch for a while, but not indefinitely without repercussions.

Click here for much larger, more readable version of the infographic 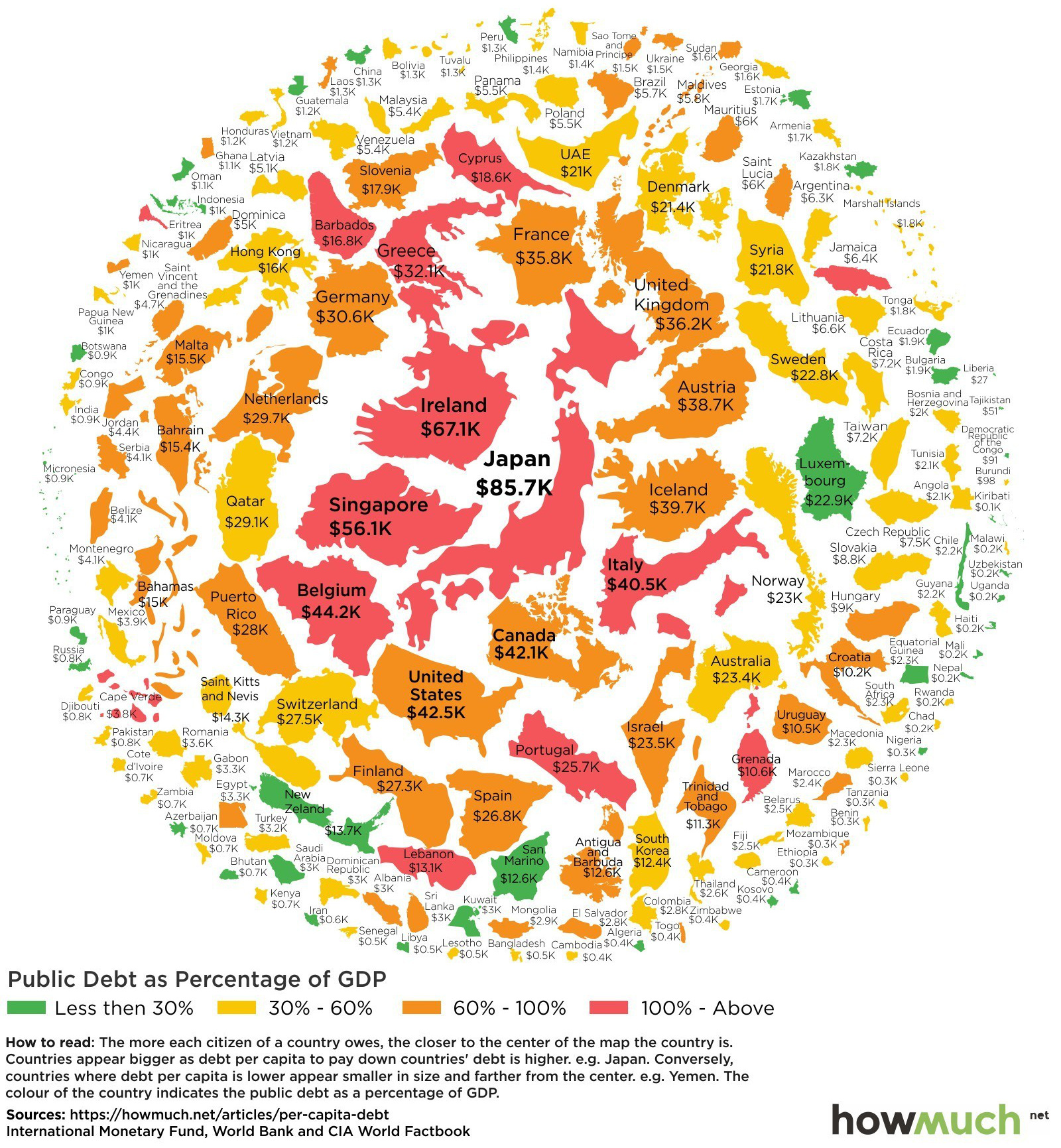